The US Open attracts huge betting interest right around the world, with all the world’s leading players heading to the hard courts of flushing meadows each August. All of the top tennis betting sites have extensive odds available on the US Open with Serena Williams and Novak Djokovic the favourites for the 2019 men’s and women’s crowns.

This article will teach you everything you need to know about US Open tennis betting, including where to bet, the latest odds, bet types popular with US open punters and of course, plenty of facts about this grand slam.

US Open – A sports betting extravaganza

The US Open is one of the four major championships on the tennis calendar along with the Australian Open, the French Open and the Wimbledon Championships. It was first contested in 1881, making it one of the oldest tennis tournaments in the world.

Played on hard courts at Flushing Meadows in New York, the US Open is the final Grand Slam event of the year. It commences on the last Monday in August and continues for two weeks into September, with the middle weekend coinciding with the Labor Day holiday.

Total prize money for the US Open tournament in 2019 is USD $58 million – up a few per cent from last season. That makes it the richest event on tour, with the men’s and women’s singles champions each taking home close to $4 million, while the runners up will receive $1.9 million.

Looking to place a bet on the tennis but not sure where to start? You are not alone. Wherever you are in the world there is a bookmaker or sportsbook that will accept your custom. It would be very rare to find a bookie which doesn’t feature wagering on the grand slam tennis tournaments, with all of the larger online bookies usually featuring an outright market on the singles and doubles events months out from the start.

USA: If you are based in the United States of America, our recommended bookies are those that are regulated in your state. For instance, brands like bet365 have a huge footprint across the USA.

UK: Punters in the UK are spoilt for choice with many different bookies licensed to operate. A few of our favourites include William Hill and Bet365.

China: Our favourite bookies for China include Bodog88 (part of the Bodog network founded by Calvin Ayre) and 32Red Sport, which has very few restrictions on where people can join from.

Australia: Is one of the most advanced sports betting jurisdictions in the world, with upwards of 12 regulated betting sites that make great options to place tennis bets.

India: One of the most populous countries in the world, Indians love to bet on tennis and there are plenty of great online Rupee betting sites will to accept new customers.

Other countries: If you are from a country with strong anti-gambling laws, it will pay to try Bet365, which is renowned for accepting punters from many countries. Read our guide to the best tennis betting sites for further information or access the geo-targeted table above, which only highlights sites people from United States can sign up at.

How to bet on US Open tennis

Interesting facts about the US Open 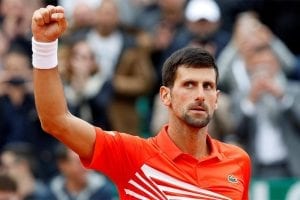 With Rafa off the boil, punters are swarming over Novak after his clinical win at the Madrid Open ...
Read More
May 13, 2019
Sports Betting News 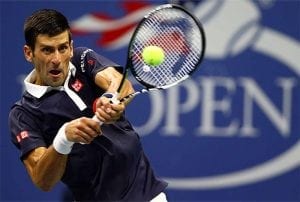 Can Djokovic stand the heat and win 2018 US Open? 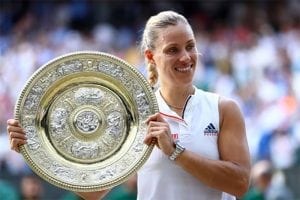 Angelique Kerber won her first Wimbledon title on Saturday from the All England Club, helping her backers cash in. Can ...
Read More
July 16, 2018
Sports Betting News 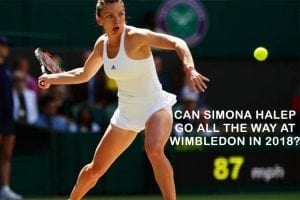 Simona Halep has received a favourable draw at Wimbledon in 2018. Does that make the world number one an attractive ...
Read More
July 1, 2018
Sports Betting News 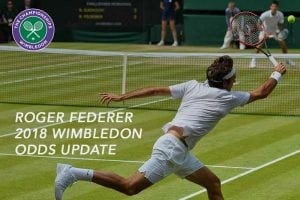 Roger Federer, the Swiss master, will need to overcome a tricky draw if he is to add another Wimbledon crown ...
Read More
July 1, 2018
Sports Betting News